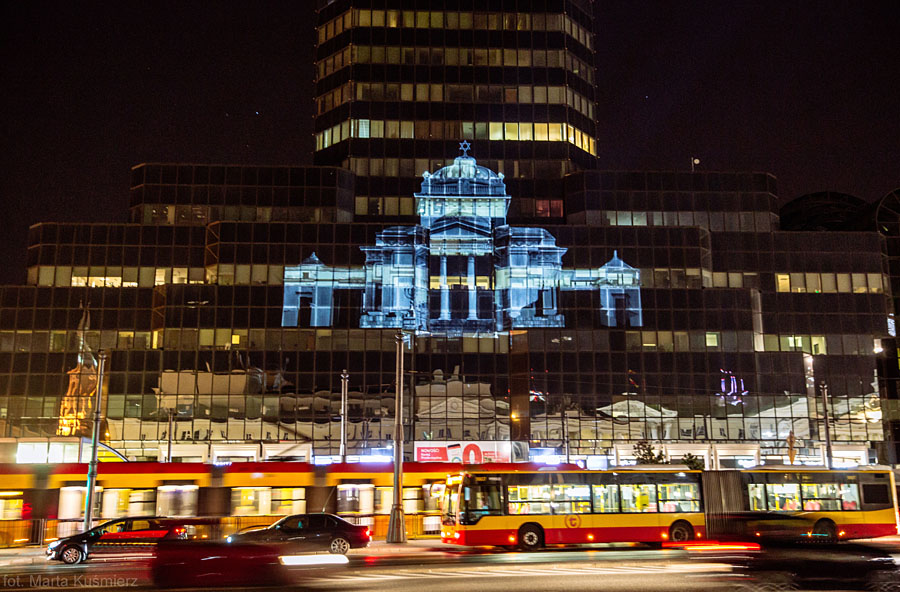 Only remembrance and love ליבע can conquer death and destruction!

The Open Republic Association commemorate the 75th anniversary of the Warsaw Ghetto Uprising with a public multimedia event created by artist Gabi von Seltmann. This ceremony was a virtual reconstruction of the Great Synagogue, demolished by the Germans after the Ghetto Uprising, using historical images, sounds and emotions. Archival recordings of the cantor of the Great Synagogue, Gerszon Sirota, who died in the Warsaw ghetto, and fragments of the poem Bashert, read by its author, Irena Klepfisz, daughter of Michał, a soldier of the Jewish Combat Organisation, was played during the ceremony.
During the projection appears the word LOVE/ליבע because only remembrance and love ליבע can conquer death and destruction!

Partners:
The Association of the Jewish Historical Institute of Poland
Museum of the History of Polish Jews POLIN