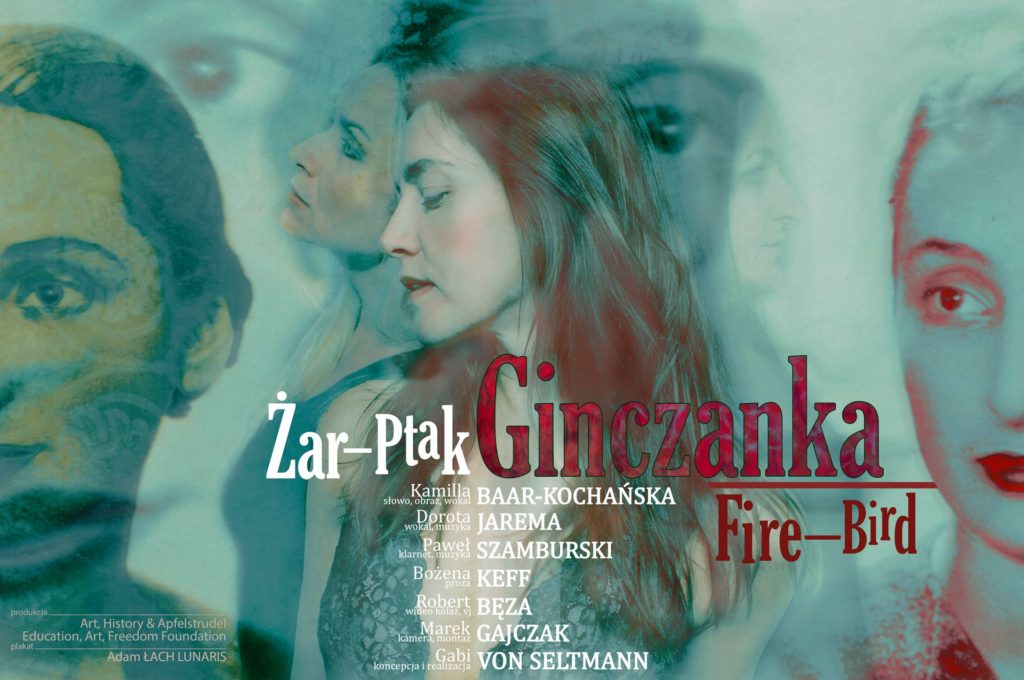 and I, fragmented, here now myself must fnd" Zuzanna Ginczanka poem JUSTIFIED IN THE MARGINS

“Ginczanka. Żar-Ptak/Fire-Bird” is a concert which blends the languages of theatre, music and visual arts. The artists involved create a live collage which brings the person and the poetry of Zuzanna Ginczanka to life. We ask questions about ghosts of the past which return to us in a time of fascist resurgence in our world – is it not our duty to ask:

What happened to the lessons we learned from history?

Is this the last chance we have to stop things disintegrating?

The project has come about through a deep sense of need for change. We want the audience to learn more about Zuzanna Ginczanka – an emancipated Woman and Poet of Jewish origin killed during WWII. We want Ginczanka to become an icebreaker which will allow hundreds of other women to tell their stories in her wake. It is time!

The visual projections were formed of images shot during Ginczanka's time, a video-collage cut of experimental films, avant-garde footage and amateur clips, inspired and relating to Ginczanka's verses. The film fragments add to the emotional and visual experience of the show.

Zuzanna Ginczanka - Zuzanna Gincburg (born in 1917 in Kiev, killed in 1944 in Krakow) was a visionary poet who loved life and found delight in words. She published her work as part of the Skamander group, featuring the finest Polish poets at work in the inter-War period. Well-known in Warsaw's bohemian circles, she was highly regarded by the great Julian Tuwim and Witold Gombrowicz. An emancipated, charismatic woman, she spent her entire life trying to elude stereotypes. Ginczanka was a Jew who experienced wartime escape and betrayal. Arrested by the Gestapo, tortured and shot, the memory of her words vanished from the world's literary landscape - only now to return with renewed force. 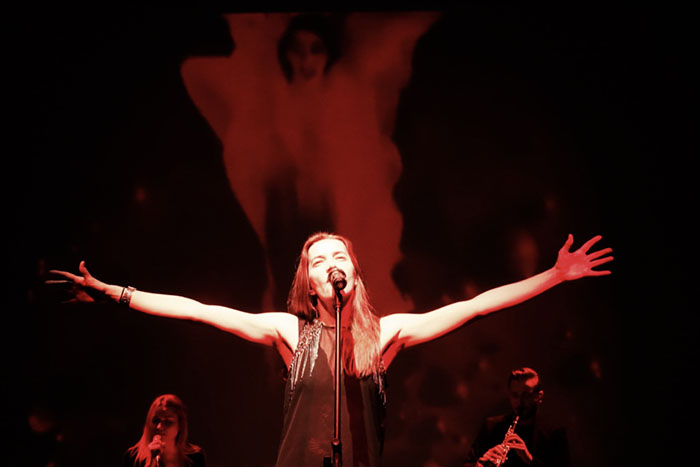 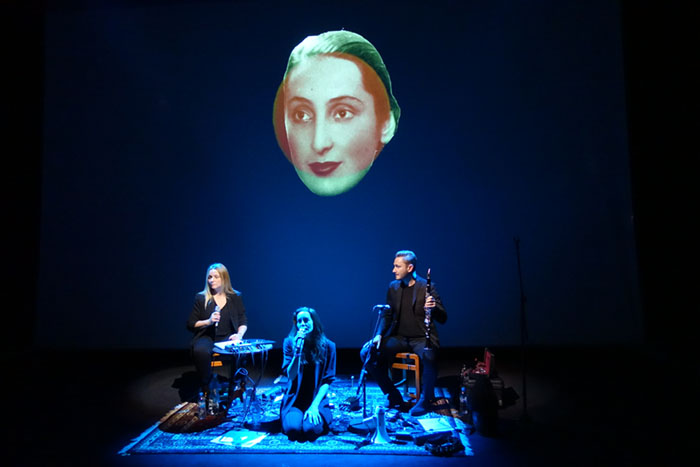 Ginczanka. Żar-Ptak/Fire-Bird has been created by all the artists involved, supported by the Art, History & Apfelstrudel Foundation and the Education, Art, Freedom Foundation.
© all rights reserved

Concert which blends the languages of theatre, music and visual arts. The artists involved create a live collage which brings the person and the poetry of Zuzanna Ginczanka to life.
Share